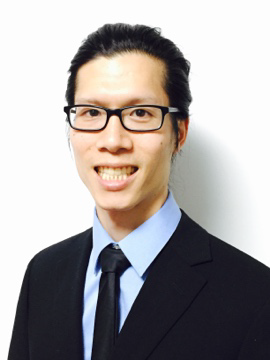 He continued his studies at the University of California Berkeley, where he graduated in 2012 with a Doctor of Philosophy in Bioengineering from the University of California, Berkeley and also attained the Management of Technology certification from the Haas School of Business, University of California, Berkeley.  He worked in the laboratory of Professor Jay D. Keasling as a Ph.D. student, and his doctoral thesis focused on engineering natural proteins to perform unnatural reactions, and he applied these new proteins to building synthetic enzymatic pathways to produce biofuels and synthetic biosensors to rapidly improve metabolite production in vivo.  He was awarded the NIH Graduate Fellowship in Genomics, Anselmo John Macchi Engineering and Science Scholarship, and the QB3 Catalyst Grant in recognition of his academic achievements.

He was awarded the Second Zhangjiang Outstanding Innovation and Entrepreneurship Talent Award (第二届张江杰出创新创业人才奖) and Outstanding Technology Leader Award of Shanghai Science and Technology Commissio (上海市科学技术委员会优秀技术带头人奖) in recognition of his leadership and technical achievements.  He also served as a visiting professor at Jiangnan University, Wuxi from 2017 to 2020.

In 2019, he joined the Center for Synthetic Biochemistry at the Institute of Synthetic Biology, Shenzhen Institute of Advanced Technology, Chinese Academy of Sciences as a Professor-level Senior Engineer.  To date, he is an author on 7 journal publications, 5 issued patents, and 11 international patent applications.

In the past, he has been an invited speaker to both academic and industrial conferences, including the Gordon Research Conference, SynBERC, Society for Industrial Microbiology, and the Bio-based Materials Conference.